​*rider info and bios below are compiled from various sources and are not directly from the riders themselves.
category arrangements and names listed are a work in progress with no difinitive reasons for the category or order they appear in.  thus, this page doesn't represent the finished product at this point in time - but we're working on it.
additions & adjustments will be made accordingly as input is received. PLEASE SHARE SIGNIFICANT RIDER NAMES, DETAILS, corrections, etc.  in short,  we attempt to keep things as accurate as possible, but in the end it's all unofficial and for fun.  we'll continue to gather and present as much accurate information as possible.
* * *
​ 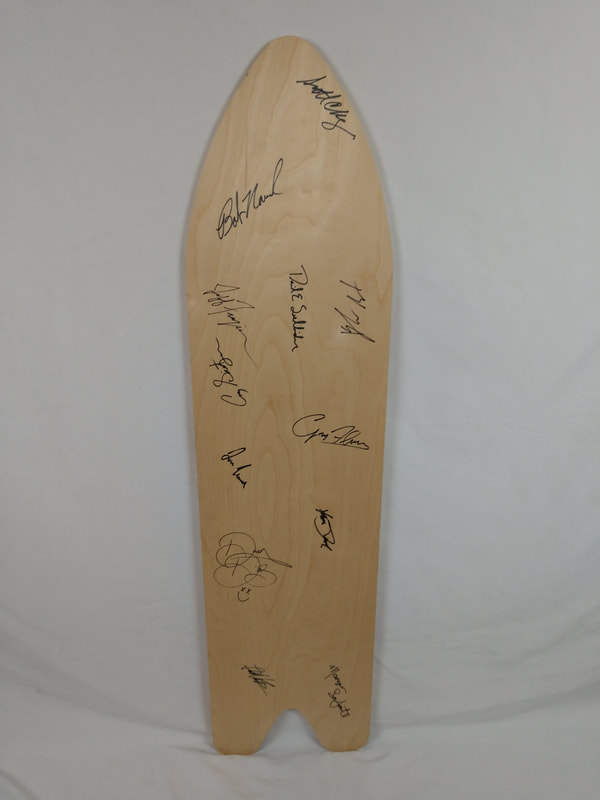 Danny Davis (Highland/Milford, MI)
​​from Highland, mi & Milford High School, danny davis is the most influential snowboarder to come out of Michigan.  His Super Pipe are legendary and he reigns as a great ambassador of the sport. His energy, smile, and paying it back with a pose & sign for any kid that asks, rival his on-snow accomplishments. Beginning in the USASA Michigan series Danny progressed through the Grand Pre Series, DEW Tour, Vans Cup, Gravity Games, Burton Euro Open, Burton US OPEN, X-Games, and missed the sochi olympics due to injury. Along the way he’s been named rookie of the year, followed by a top 10 world rider of the year - all this despite his share of injuries attest to his ironman longevity. Although partnered with Burton, Mountain Dew and others, Danny’s annual Peace Park, Friends Crew work, and regular skins into the backcountry, is helping move snowboarding back to its collegial grass root beginnings and away from comps. He’s also a musician & organizer of the ongoing “friendly GATHERing” music Festival in vt, not to mention driving the THE most rugged truck on the planet. Danny got his start at Alpine Valley and in the USASA Huck Finn Snow Series (now Great Lakes Snow Series). 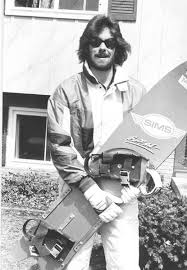 Steve Link (Midland, MI)
​​Hailing from Midland, MI, Steve was an iconic snowboarder at a time when many ski areas didn't allow snowboarding. Steve began participating in Snurfing competitions in Michigan during the 1970’s. Steve’s snowboard accomplishments include third at the 1983 US Nationals, and second at the 1984 World Cup. Beyond these accomplishments, Steve may be best known forever as a snowboard stunt double (along with Tom Sims) in the James Bond Movie “A View to a Kill” filmed in St. Moritz, Switzerland. Steve’s signature aerial moment in the Filming of the Movie was a low angle shot, shooting off the edge of a towering snow cornice. Sometime after filming Steve received a letter that read “Many thanks for the splendid work you did, it looks absolutely great on film – I don’t think I’ve ever been quite so brave”... signed, Roger Moore (the original 007 himself).  Six weeks filming on the glacier with Tom led to Steve joining the Sim’s team on the hill, and off the hill in sales and promotions. He then founded his own company Summit Snowboards in 1982. Summit began in Steve’s garage with a $1,500 press and router. he went on to invent vertical core block snowboard technology. In 1991 Steve rented press time, space and knowledge to get the originators of Never Summer snowboards of the ground. steve, jeff grell and michael troppman have played with board making in their colorado hide out ever since. 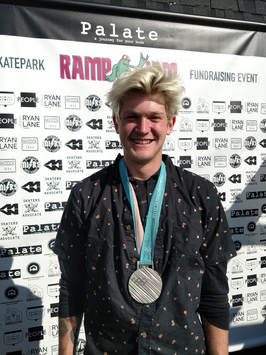 Kyle Mack (Bloomfield Hills, MI)
​​Born in Royal Oak, MI. From Bloomfield Hills, MI. Kyle’s home hill since age 5 is Alpine Valley in White Lake, MI. Sponsored by Burton at age 7, and invited to join the US Snowboard team in 2011, Kyle has been atop many pro event podiums in the US and Europe. His top accomplishment to date is a Silver medal in the first Olympic BIG AIR competition at PyeongChang, South Korea in 2018. He also won Gold in Slopestyle at the Burton US OPEN in Vail, CO 2016. It's no surprise then that Kyle's specialties are Slopestyle and Big Air. Kyle got his start in the USASA Great Lakes Snow Series. the photo here was taken at a milford, MI skatepark fundraiser. kyle graciously makes time for charity and is a great ambasador for the sport.
​
* * *
​
​ 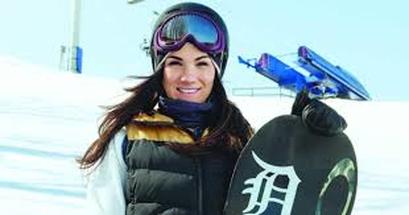 karly Shorr (Milford, MI)
​​Born in Commerce Township, MI and a graduate of Milford, MI High School, Karly has earned podium finishes at the Burton US Open and the US Grand Pre circuit. Karly’s most recognizable experience is competing in the 2016 Olympics in Sochi, Russia for team USA placing a very respectable sixth in Slopestyle. Carly got her start in the USASA Middle Earth Snow Series (now Great lakes Snow Series).
​
* * *
​
​ 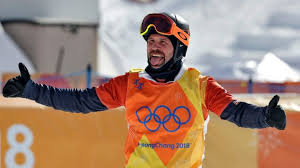 Nick Baumgartner (Iron River, MI)
​​​From the frozen tundra of Michigan’s far north ”UP”, to the US Pro SBX Team, came Nick Baumgartner out of Iron River, MI. As one of the best all-around athletes Michigan’s Upper Peninsula has ever produced. nick was also an all-state hurdler, all-state football player, and the 2000 state champion wrestler in the 189 pound class. In addition Nick competed in the Summer X-Games in Stadium Super Truck Racing. He added Olympian to his impressive resume in 2010, 2014 & 2018. a podium on the sbx fis world cup stage, X-Games gold, and that third Olympic appearance in 2018 where he placed 4th, highlighted a decade+ of strong racing. Baumgartner’s goals are typical Yooper… “the first one down the hill, the first one around the track, and the coolest dad on the planet”. His favorite quote to kids is “follow your dreams, dream big, make your own opportunities in life, play hard, and become”. Nick is bad ass! 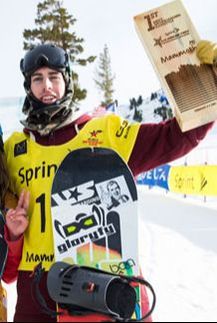 ​Eric Beauchemien (Grand Blanc, MI)
Reigning from Grand Blanc, MI and Mt Holly, Eric began snowboarding later than most. As loosely translated from his US Snowboarding Bio… I visited my grandparents in Pennsylvania for Christmas at age 12 and my cousin Michael asked me if I wanted to try snowboarding with him. We went to the local mountain and I’ve been hooked on it ever since. When we returned back to Michigan I started riding on weekends, and then bought a season pass several years later and rode every day after school.  Eric is a member of the US Snowboarding Pro Team specializing in Slopestyle. His best finish thus far  in his career is a 2ed in Slopestyle at the 2016 Burton US Open.
​
* * *
​
​
* * *
​
​
​
​
​
​
​
​
​
​
​
​
​

other mentions
​
BRETT "COWBOY" KOBERNIK - HAILING FROM MICHIGAN, BRET DEPARTED FOR THE ROCKIES FOR POWDER. BRETT BECAME THE INVENTOR OF THE (AT LEAST IN NORTH AMERICA) IN 1992 AFTER AN INJURY SIDELINED HIM FROM WORK FOR A WEEK. HE THEN FOUNDED COWBOY SPLITBOARDS WITH VOILE SKI COMPANY AS THE MANUFACTURER. BRETS MOST IMPORTANT WORK IS IN THE FIELD, EVALUATING BACKCOUNTRY SNOW CONDITIONS FOR THE UTAH  AVALANCHE CENTER.

​DAVID ZEMENS - DURING A 24 HOUR PERIOD BEGINNING 9:00 PM JANUARY 11, 2019, MICHIGAN RESIDENTS DAVID ZEMENS AND SABATO CAPUTO BROKE THE NORTH AMERICAN RECORD OF SNOWBOARDING THE MOST RESORTS IN A 24 HOUR PERIOD. THE 430 MILE JOURNEY within michigan began at boyne highlands, included nubs nob, boyne mt, treetops, otsego club, schuss mt, shanty creek, mt holiday, hickory hills, crystal mt, caberfae peaks, snowsnake, mt. holly, alpine valley, pine knob, ending at mt. brighton with 30 minuites to spare. in all they hit 16 resorts besting the prior record of 12 set in vermont, but shy of the world record 17 set in hokido japan. david is owner and editor of www.angarchy.com established in 2009, publishing reviews & NEWS ABOUT ANYTHING RELATED TO STANDING SIDEWAYS ON SNOW.
​
JASON WAGNER - HALFPIPE  RIDER EXTRAORDINAIRE FROM NORTHERN MICHIGAN IN THE 90'S. JASON's real claim to fame is his excellence  and cONTRIBUTion TO THE SPORT AS ONE OF THE BEST halfPIPE CUTTERS IN THE world. HIS CURRENT EMPLOYER IS SCHneestern, a german builder of engineered action sport park systems for snow, skate, bike, and wake. . Their level of expertise in snowparks is olympic caliber.    ​
chris smith - pinkney sbx hs coach. developed and tested first youth sbx race board specific for donek. snowbaord co.